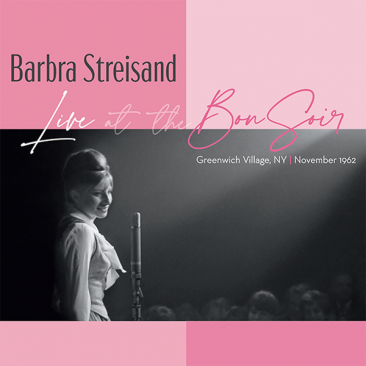 Live at the Bon Soir is the upcoming tenth live album by American singer Barbra Streisand. Originally intended as her debut album, the material was recorded over three nights in November 1962 shortly after Streisand was signed by Columbia Records. The recordings were shelved in favor of a 1963 studio album instead. Retrieved from Streisand's archives and remastered, the live recordings will be released November 4, 2022 to coincide with the 60th anniversary of the original taping.

Tracks include "I am Barbra" and "I Hate Music!" from Leonard Bernstein's 1943 I Hate Music!: A Cycle of Five Kid Songs.