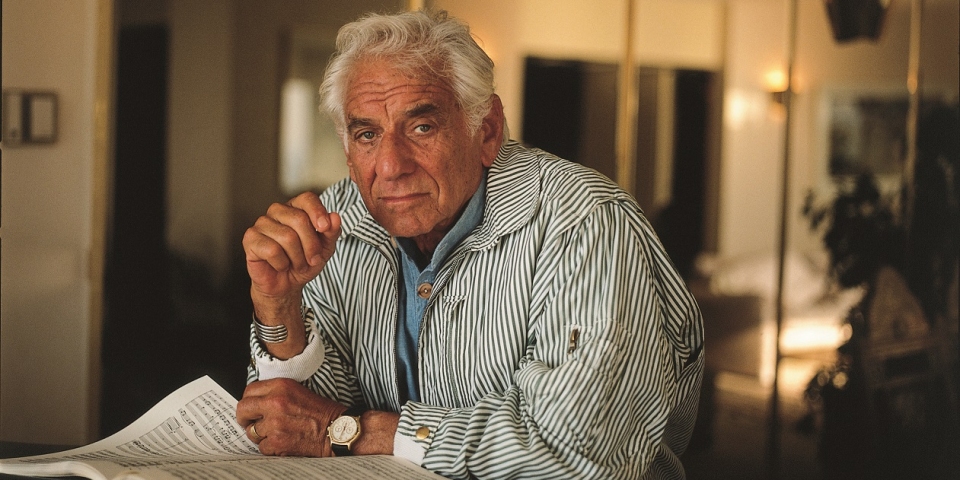 Few composers capture their time and become the iconic voice of their age. Leonard Bernstein found his "voice" in the early 1940s and projected the sound of urban and urbane America from the period of World War II to the anti-war movements of the 1970s and the restoration of freedom in Europe, with the fall of the Berlin Wall and Soviet communism.

Writing for small ensembles, symphony orchestras, Broadway, film and opera houses, Leonard Bernstein projected a simple message of understanding and hope employing both complex and simple forms and styles - yet always sounding like "Bernstein," a voice best known in his score to West Side Story.

Exploring his output, one finds the famous and obscure — works that both are reflective of their times and somehow also preserve and encapsulate them. Everywhere one hears his internal struggle to sound inevitable as the tumultuous era of the second half of the 20th century unfolded itself. He is as once linked with the music of Benjamin Britten and Dimitri Shostakovich, as well as George Gershwin and Aaron Copland.

While his music finds its spiritual home in his world view, his music speaks with a New York accent, even though he was born in Massachusetts. His love affair with Europe and his sensitivity to his Russian and Jewish roots are never far from his lyrical expressivity, with its fragile sense of optimism, its loneliness, its humor and its demand for acceptance. All of this is wrapped in the rhythmic propulsion of a great American urban landscape. He has left us an aural image of his time and place and, at the same time, an eternal voice of humanity.

A catalogue of Bernstein's Works Bernstein and Jazz From his earliest years, jazz was an integral part of Bernstein’s life, and it made a crucial impact on his own music. Bernstein and Dance The legendary collaboration between Bernstein and choreographer Jerome Robbins led to the creation of successful ballets and hit Broadway musicals. Bernstein and Chamber Music Not as familiar but no less significant is his small but important output of chamber music. Even the earliest of these works are imbued with his unmistakable compositional style. He was a renowned pianist and accompanist, and throughout his life he enjoyed the intimate musical connections he made writing and playing chamber works with his fellow artists. Star Tribune | Terry Blain Why 'West Side Story' composer Leonard Bernstein resonates with 21st-century music lovers
Come On, Deliver...
the latest Leonard Bernstein news... to me!