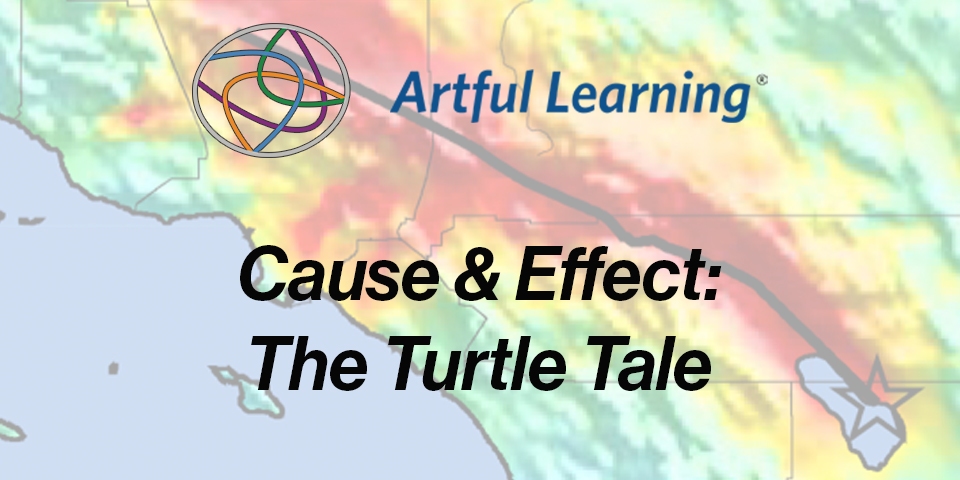 Cause & Effect: The Turtle Tale

Artful Learning can take many different shapes when diving into a new area of study. Fourth grade students at Willow Elementary School incorporated the arts in a theatrical way while studying the the concept of “cause and effect.” This concept truly came to life when the students created a short play using music, theatre, and dance to expand on the their lessons in science, literature, and social studies.

For this particular class, the main question being asked was “what results occur when elements (forces or actions) interact with each other?” In science, the students studied earthquakes and volcanoes in addition to the sound waves and vibrations that follow. In social studies, they studied the Native American settlements and how they relate to California’s geography and landscape. In literature, the students studied how Native American legends and oral traditions demonstrate the concept of “cause and effect.” The educators at Willow Elementary School were able to link all of these distinct units of study through a presentation that was created, produced, and performed by the students.

Initially, the students started out by learning how sound is produced and how it travels through various musical instruments. To connect this to their studies, they learned that earthquakes produce distinct sounds from the vibrations they make. They also listened to Andy Michael’s, a geophysicist, music that uses real recordings of earthquakes to create a unique yet hypnotic song called “Earthquake Quartet #1.” Next, the students learned about legends from the Gabrielina-Tongva tribe in Southern California that touched on the origin of the first earthquake. The students then created a charming play to connect what they had learned as they integrated the folklore from the Tongva tribes, the scientific models of earthquakes and plate tectonics, and the music of Andy Michael altogether as one original piece. 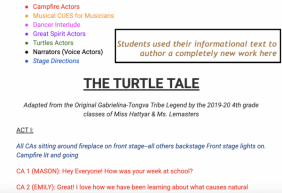 Students were able to draw connections from multiple subjects as they learned about the unique instances of “cause and effect.” Allowing the students to experience these personally gave them a much broader understanding of the subjects at hand because they were able to interact with the coursework in a truly meaningful way.