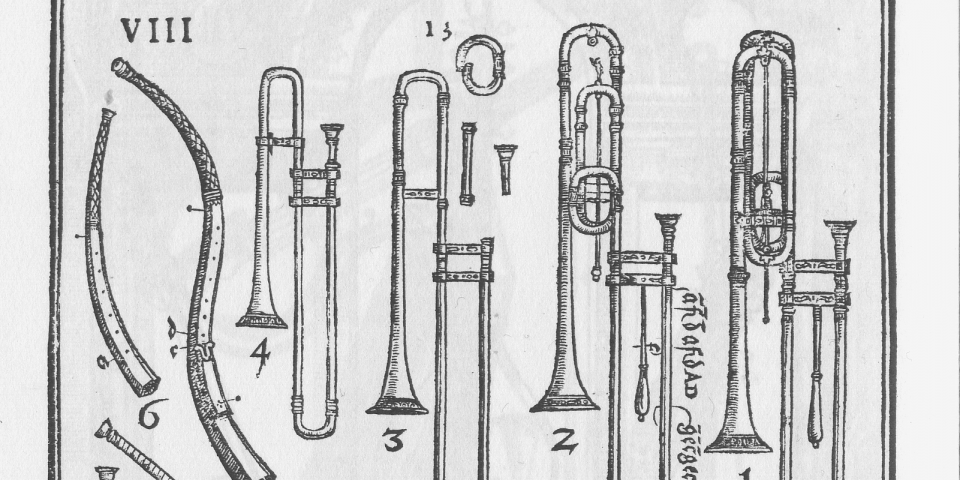 Commissioned by the Juilliard Musical Foundation.

Leonard Bernstein completed his suite of brass pieces on April 8, 1959. They were written for members of the New York Philharmonic and received their premier at Carnegie Hall. The pieces were commissioned by the Juilliard Musical Foundation. This set of pieces is rarely performed as a set and are all influenced by Bernstein's love of jazz.

Leonard Bernstein unquestionably loved dogs, and showed this by writing numerous short pieces with a particular one in mind. Bernstein left us this mini-ode, Rondo for Lifey, dedicated to a skye terrier owned by the composer's friend, actress Judy Holliday. The piece begins with an expressive intro, quickly followed by pervasive staccato phrasing throughout. Elegy for Mippy I and II are popular pieces with his brother Burtie's dog in mind. Mippy I was written for horn and piano. Mippy II is for solo trombone. Tragedy struck Mippy, and each of these pieces help signify the dog's second coming.

Bernstein wrote the brass quartet, Fanfare for Bima, which was scored for trumpet, trombone, horn, and tuba. Bima was Serge Koussevitzky's black cocker spaniel. This fanfare is based on the theme, which was whistled in the Koussevitzky household to call his dog.

Commissioned by the Juilliard Musical Foundation 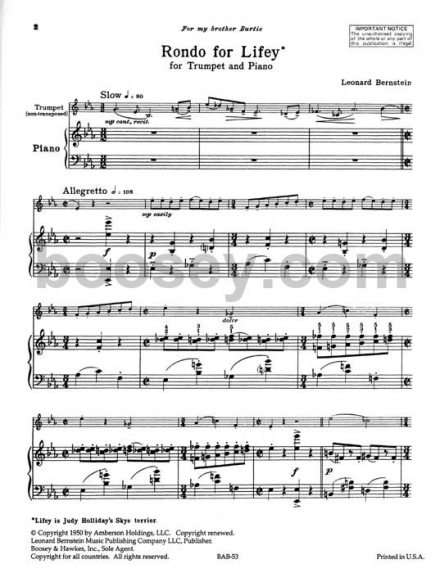 An etching of brass instruments from The Syntagma Musicum by Michael Praetorius, 1620 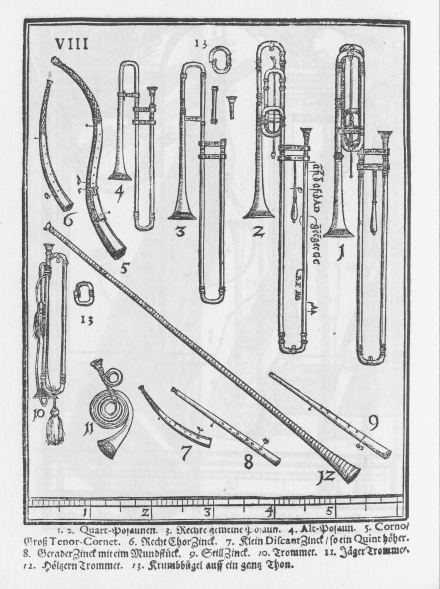