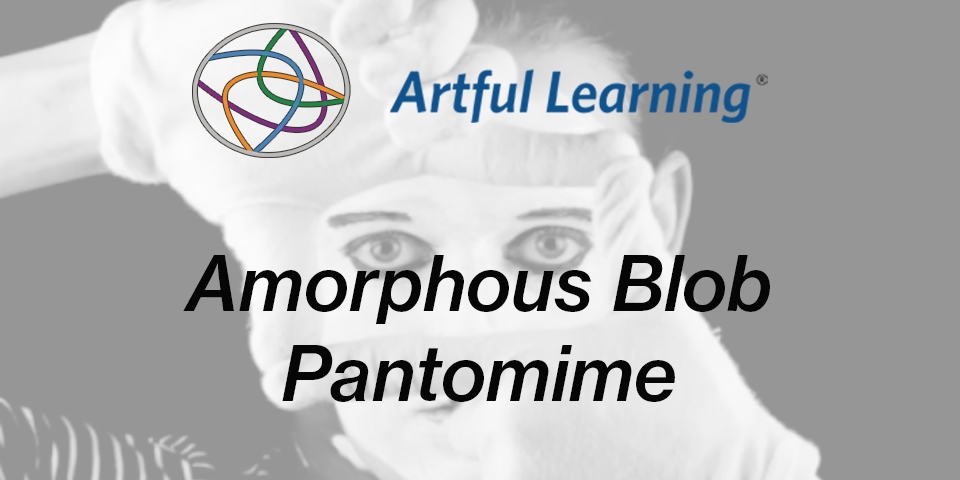 “Pantomime is communication without words.” Artful Learning Master Trainer, Keith Carames, explained how and why when he detailed the Art-Based Skill and Strategy, Amorphous Blob Pantomime, during his virtual training with the educators at Dwight Rich School of the Arts. This engaging activity encourages heightened observation and concentration skills as students are forced to analyze and interpret the non-verbal communication from their peers. They do this by using their faces and bodies to communicate the physical properties of specific objects and the particular uses they have. This strategy develops creative fluency among students as they transform imaginary items and correctly guess what others were modeling. 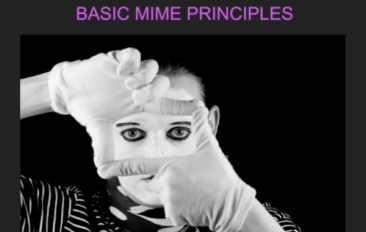 The use of pantomime makes the exercise enjoyable and (mostly) lighthearted for all participants and Carames knows there will be many laughs in the room. There are, however, many academic connections available and ready to be made. Carames believes that this strategy can be used during the study of a literary work by using objects from the work’s period as the subject for the amorphous blob. In order to fit the strategy within a classroom curriculum, an educator could ask their students “what are some objects that we might bring with us on the Oregon Trail?” “What are some items that Harriet Tubman would have brought on the Underground Railroad?” Objects can be associated with a particular era, culture, historical figure, or country. Some modifications for the strategy include the use of listed idea banks, offering verbal directions, or acting the physical pantomime for the students to guess. 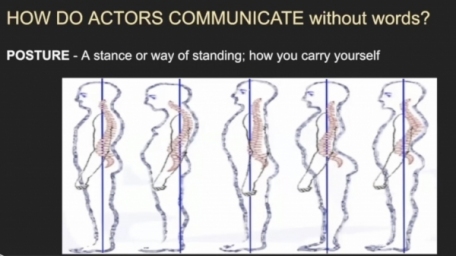 Carames maintained that the “theatre essentials” are crucial with successfully completing the strategy with students. He declared that one “must suspend their disbelief” because the audience will only believe the “act” if the performer does. With this in mind, Carames also stated that “80% of all communication is non-verbal” and all participants, therefore, must use their entire instrument for their pantomime. When Carames said “entire instrument,” he meant engaging with the audience using only one’s facial expressions, gestures, posture, and overall physical appearance. Although this proved to be challenging in the moment, the educators understood that they all subconsciously communicate with each other in these ways every day. Many of them also became extra aware of their non-verbal communication after seeing their reflections in the virtual classroom setting.

In order to successfully take part in the strategy, one must be familiar with the basic mime principles—which is shortened in the acronym SPECS. This stands for Slow, Precise, Exaggerated, Clear, and Simple. The educators had time to practice using the principles when they pantomimed the acts of scratching their noses, eating an apple, and yawning—which started out with minimal effort and resulted in an over-the-top exaggeration that played out quite entertainingly. When they began to practice in groups, the educators realized that the strategy would work well in-person or in the virtual setting where they can pass the objects to each other through the screen. When students finally participate in the exercise, they will be exploring the shape, dimension, weight, and texture of the items they are pantomiming with their blob. 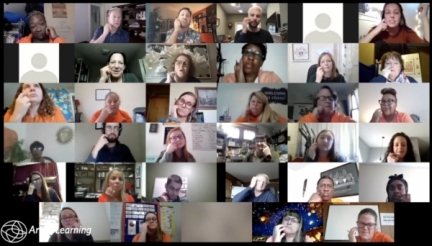 In all, the Dwight Rich educators had a great time participating in the Amorphous Blob Pantomime with one another. It was an exercise that was amusing for everyone while also testing their creative fluency and body awareness. Incorporating elements of the theatre into the classroom environment fosters a sense of community, or ensemble, as Carames likes to put it. It also encourages students and educators alike to hone their skills in nonverbal communication when they must deliver crucial information without words. The academic connections are endless and the exercise can be equally challenging or lighthearted—depending on the circumstances. Artful Learning has several unique Art-Based Skills and Strategies that promote engagement, creativity, and critical thought. Many can also be easily adapted to fit in the virtual setting. Stay tuned to learn more!
Amorphous Blob Pantomime