Artful LearningBlogBlog 14: The Elements of Theatre 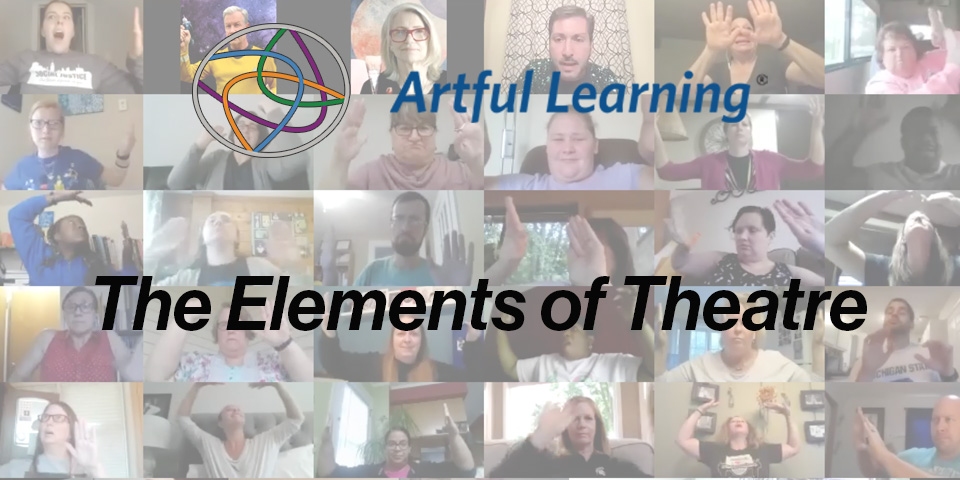 The Elements of Theatre

How do you incorporate the elements of theatre into the classroom environment? Keith Carames, an Artful Learning Master Trainer and theatre teacher, explained how to the educators at Dwight Rich School of the Arts during their Summer 2020 training. They all virtually participated in various theatrical exercises through video conferencing to learn how to engage with their students when they are learning remotely. One of the main elements of the theatre Keith wanted to convey to the educators was “suspending their disbelief” because if they did not believe in what they were doing, then the students would certainly not as well. He reiterated how crucial it was for students to believe in themselves to have high self-esteem so they can succeed in the academic setting.

Carames strongly believes in abiding by the rules of the theatre in the classroom environment. Whether a student is performing onstage or reciting a speech in front of the class, the same rules apply and he explained how to the educators at Dwight Rich. The ultimate goal of incorporating theatrical conventions is to “build a sense of ensemble” with the students in the classroom; however, Carames emphasizes that this is something that eventually happens and cannot necessarily be taught.

One of the first rules of the theatre is “not breaking the fourth wall.” In the theatrical sense, this simply means not acknowledging the audience or the fact that one is performing while doing so. In the classroom, this means that the teacher or student must be hyperaware of their surroundings when they are presenting and that they must present with the utmost confidence. Another rule that Carames shared was to “never walk in front of a performer or presenter” unless specifically instructed to do so. It is extremely unlikely that one would want to block a performer when they are speaking or singing on stage, so the same rule applies when a teacher or student is presenting in the classroom. Not only is this a rule of the theatre but it is also an important rule in classroom etiquette.

Another rule of the theatre is to “always attend company call.” These company calls can include morning meetings, morning huddles, afternoon regroups, etc. In the theatre environment, company calls typically refer to rehearsals, performance notes, or any other type of announcement. Carames emphasized how important it was for the class to collectively listen and engage if there is anything that needs to be addressed to the group as a whole. Another rule is “always be willing to do what you are asking your students to do.” Carames thinks this rule is very critical because everything a teacher asks a student to do must have a purpose or else it will be obvious that it does not. He believes that teachers must empathize with their students and create a space where there is a strong mutual understanding among one another.

Another rule of the theatre that Carames insists upon is to “find the right lighting” because he believes that “light is knowledge and light is truth.” Although this rule is quite critical when someone is performing onstage, it is equally important for the classroom as well. This is because lighting can create ambiance and has the ability to transform the mood of a space that can be conducive to learning. The last rule of the theatre that Carames shared was that “you must understand stage direction and movement.” This rule is essential because it greatly helps with techniques when presenting by making sure that one is always facing the audience correctly and moving their body in a way that is aesthetically pleasing. Not only is understanding stage directions helpful when presenting but it is also testing one’s motor skills when asked to move in a certain direction.

Carames is a firm believer in the rules of the theatre and its application to the classroom environment. He stated that “when we follow these rules, the gift that comes is the ‘gift of ensemble.’” When an educator creates a classroom space with the theatrical conventions, it eventually builds a community of empathy and trust that allows the learning to grow to a completely new level. Theatre has a special way of bringing its participants together to build bonds and experience new ideas and emotions that they did not know they had within them. Carames did a phenomenal job in showcasing how this can and will occur in each of Dwight Rich’s classrooms if they apply the rules he shared. Oscar Wilde once said, “I regard the theatre as the greatest of all art forms, the most immediate way in which a human being can share with another the sense of what it is to be a human being.” Imagine the possibilities for academic engagement with the kind of community that the theatrical conventions can create! 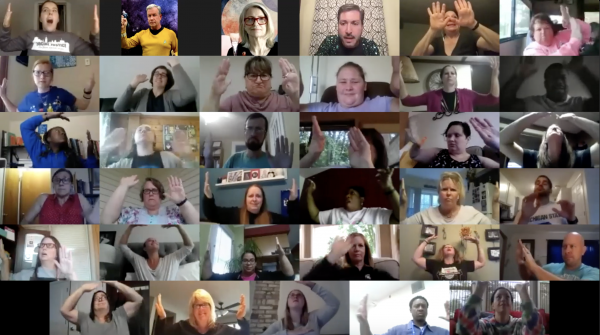